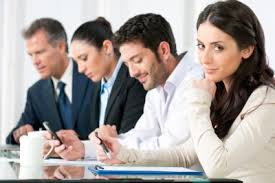 I have just attended to a meeting regarding one project of my running program. This kind of meeting is called « Project Meeting ». Initiated by the project manager, it aims to discuss with the program manager and other selected stakeholders some important facts about the projects before the official Project Review. It aims to deal with important issues and collect options from important sponsors beforehand.

Really often the project team uses those meetings to announce:

What I realize today is that in most of the meeting I have participated to, the project team forgive to bring important information that are keys to their counterparts: a plan.

Explaining that budget is going wild, planning is dead and gold-plated deliverables are everywhere is in a sense not really interesting to take decision about the project. What the project team should focus on are its strategy to take the project on track according to the available options:

According to those 3 different strategy the team should provide scenarii to their stakeholders in order to have clear direction.

What is the plan to keep the budget unchanged while our scope is booming or delay is out of control?
What are the consequences if we keep the original planning (i.e. deliverables dates) regarding to the scope (descoping) or budget?

When experiencing troubles on projects, project teams should of course understand the reasons and act to stop the deviation but also work on alternative and scenarii about the future of its project. If not, the decision taken during a project review could be somehow definitive.

Do you see other things to focus on in that case?

In the field of the new IMAGE-IN cards deck, INNOWEO has issued a booklet to help our community members to use the deck at its best.

Within the booklet, you will find 3 facilitation tools:

We developed those tools inspired by Arthur Koestler « The Act of Creation » and tested it for months in our own creativity and problem-solving workshops. It works very well and we want today to share it with you.

INNOWEO is very proud to issue its first creativity cards deck: IMAGE-IN. This is a wonderful high quality PDF allowing you to print your own deck.

Those 68 A6 sized cards with high quality images aim to make you innovate more creatively. Inspired by Arthur Koestler « The Act of Creation », the cards have a general organization allowing you to connect, leverage and combine concepts, objects, elements and abstraction. By using the images on the cards and connecting it to your theme, you will empower the idea generation phase of your creativity of problem solving workshop.

In addition to the cards, we have developed for you the IMAGE IN booklet. In this booklet you will find out how to use the IMAGE-IN cards at their best:

To get your own, join the INNOWEO community!

INNOWEO just issued its first creativity cards deck. Join our community to download it for free.

IMAGE-IN cards deck is a 68 cards deck that will provide your with inspiring pictures from Nature, Technologies or Abstract arts to help you think « out-of-the-box ». With the IMAGE-IN booklet, you will have 3 wonderful and easy exercises to use your IMAGE-IN cards. Also available for free for INNOWEO’s community members, a 40€ value!

So join our community to have our very own deck and enjoy our special contents. In addition, INNOWEO’s community members will be the first to have some more news about the coming soon specials we are working on at the moment. So join us now. For 6 months now, INNOWEO is providing you with exclusive contents regarding innovation, corporate innovation and project management.

Time for me to have a look back and look at the most read articles on the website (not ranked).

I would also suggest to have a look at the following articles which are, I humbly think, really interesting.

As everthing should change one day or another we changed today the INNOWEO header.

Goal is to unify the INNOWEO graphic and enhance the user experience.

We reached our 100th post here. A lot of work done and  late night sleep but lots on fun. Thanks again for following INNOWEO and reading our post.

It is time for us to give you some feedaback about the statistics of INNOWEO so far.

Check this ( I did itespecially for you!!)

As from now, new comers on the INNOWEO Community (+100 members already, thanks for your support and interest!!) will receive a design-by-myself bookmark to never loose their page when reading an innovation book. A pdf file will be sent to you once registered, just print it A5 sized recto verso, use your best scissors and you will be done.

Registered members will receive their file shortly. A bunch of professionally printed items will be done and distributed if you meet me at one or another occasion 😉

And just for you to know, I am working on a white paper called « INNOWEO, deploy innovation wisely » that will be sent to all INNOWEO community members and given to new comers. It should be ready this summer. It will present my way to deploy innovation within an established company, the traps and the goods.

For most blogs, readers are key. I recently reached the 1k visitors on one of my post. Houha… that’s a lot of people coming to read what I have to tell.

What is interesting is the recipe I found according to this experience on how to reach this level. Let me just explain you what INNOWEO is usually when speaking to visitors and viewed pages.

INNOWEO is a small non commercial blog speaking about innovation management, the broad side. I usually post 2 articles per day and get around 50 to 100 visitors and around 150 viewed pages: That’s the standard INNOWEO so far. I am trying to rise those figures of course but that’s it at the time. And I am quite happy so far because I think this is ok for a month old blog.

As I am a rookie, I learn all day so I used to launch INNOWEO some times ago without a link to Twitter. I did it afterwards. So my first posts have not been twitted.

Recently I decided that those posts deserved a tweet. I also read a post from Peg Fitzpatrick saying that you should always tweet twice or more your old posts: so did I for the posts that have less than 10 readers.

Day One: The surprise

It came when Eric Ries, the father of Lean Start-up, retweet my original message called « Why did I kickstart Eric Ries? Find out here« . Eric Ries has more than 200k followers on twitter.
In a second the post was viewed by more than 500 times… Let’s have a look at what it means, 2h after my original tweet, on an analytic graph (sorry I worked on it but cannot remove the blurred effect…if you know why this happens, the original snapshot is fine).

One day later I still had 262 visitors for 1000 pages viewed. But interesting is that this affected my whole blog… not only the article about Eric Ries and kickstarter.